– Original article from The South African

The EFF and leader Julius Malema have donated R6 million to the fund, which amassed over R2.7 billion to support COVID-19 relief.

Since the COVID-19 Solidarity Fund was established by President Cyril Ramaphosa in late March, it has amassed R2.7 billion in commitments, with donations of R2.16 billion already deposited from 175 000 individuals and more than 1 500 corporates and foundations.

Providing an update on the success of the fund to date, fund management said on Monday 18 May that several individuals and organisations had gone above and beyond to contribute to the fund, which also outlined its distribution strategy.

Below is a list of the top companies and individuals who have made donations via a payroll giving scheme that allows a portion of employees salaries to be sanctioned for donation.

TOP 10 DONORS TO THE SOLIDARITY FUND VIA PAYROLL SCHEME

Aside from the most exorbitant once-off donations that have been given by the Oppenheimer family, Naspers and the National Lottery, who together have contributed over R1.5 billion to the fund, many other organisations have made great sacrifices to ensure the growth of the fund.

According to the latest data, the highest payroll giving contributors to the fund are as follows:

They have currently donated a total of R6 million to the fund.

Safika Holdings announced at the end of April that they had agreed for its top executives to donate a third of their salaries to the fund, and have now donated R3 million in total.

They are Safika chairman Saki Macozoma, CEO of Safika International, Marc Ber and the CEO of Safika Resources, Justin Pitt, as well as chief executive Moss Ngoasheng, have all contributed.

Yellowwoods, an investment firm, are part of the team managing the fund, and have so far contributed R2.5 million.

“We are focused not just on what we can directly fund, but on the role, we can play in co-ordinating efforts and better orchestrating the resources and effort across the private sector, civic society and government,” said Nicola Galombik, executive director of Yellowwoods.

At Coronation, 90 employees and the senior leadership from have pledged a portion of their salaries for a period of three months to the Solidarity Fund.

They have currently donated R2.2 million to date.

Coronation CEO, Anton Pillay said that the fund deserves all the help it can get.

“We believe that the Solidarity Fund is one of the most effective and high-impact channels through which both corporates and individuals can augment government’s efforts to deal with the COVID-19 epidemic. In addition to the corporate’s contribution, I was really encouraged by the level of support all my colleagues gave to the initiative.”

Pepkor have said that their senior management have taken a pay cut of over 30% to contribute to the fund, with R2 million donated.

“Pepkor realises the responsibility of business to contribute to the efforts to alleviate the impact of Covid-19 on South Africa and its citizens. We are fortunate to have a wide footprint that allows us to reach our many consumers who have loyally supported our brands over many years, and are therefore able to contribute to various causes throughout the country,” says Leon Lourens, CEO of Pepko

Perhaps aggrieved to not have been as productive in assisting the fund as their EFF rivals, the DA have contributed significantly less, with R1.5 million pushed to the Solidarity Fund.

The financial contribution is drawn from the salaries of DA public representatives.

“In addition we will be distributing sanitisers worth R200 000 to essential workers who are at the forefront of keeping the economy functional and saving lives during this difficult time,” said spokesperson Solly Malatsi in April.

“Notwithstanding this overall contribution, DA public representatives are at liberty to make any additional financial contributions to the Solidarity Fund as individuals if they wish to do so.”

“The DA recognises that it is important for all role players in society to play our part to act in the best interests of the country during this time.”

An annonymous donor also contributed R700 000 to the fund.

Gold producer DRDGOLD has contributed R500 000 to the fund.

Clicks’ executive directors, CEO Vikesh Ramsunder, CFO Michael Fleming and human resources director Bertina Engelbrecht have pledged to donate a third of their salaries to the Solidarity Fund for the three months, with the company have donated R500 000 in total to date.

“We have heeded the call by President Cyril Ramaphosa to aid South Africa in the battle against the Covid-19 pandemic. We believe that corporate South Africa has a major responsibility in helping to combat this disease by working in partnership with the public sector and providing much needed resources,” said Ramsunder in April.

Gold Fields Chair, Cheryl Carolus, together with CEO Nick Holland and CFO Paul Schmidt and a number of other directors and executives have committed to donating a third of their salary for three months to the Solidarity Fund, with the company also having donated R500 000 to date.

Over 50 people at South Deep have also made contributions to the fund. 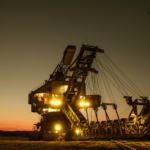 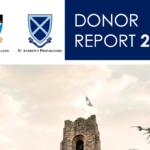