Safika Resources has announced that it has acquired nine percent of Australia’s Orion Minerals’ R4-billion (AUD408-million) project to reopen the Prieska copper and zinc mine in South Africa’s Northern Cape.

Safika Resources’ chairman Saki Macozoma said the acquisition is in line with the company’s policy of diversifying into copper and zinc in the near term. Safika Resources is already the leading exporter of manganese ore in South Africa through its Tshipi Borwa mine in the Northern Cape. “With Prieska, we look forward to replicating our success in manganese,” he said.

The Prieska mine was closed 28 years ago due to low commodity prices, but improved market conditions and improved modern mining methods now make its reopening an attractive option for investors. A recent bankable feasibility study showed that the R4-bn project will be paid back within three years from the start of production, with a post-tax IRR of 33%.

Justin Pitt, Safika Resources’ chief executive says that with planned all-in sustaining costs of US$3,773/t copper equivalent and market consensus long term copper and zinc prices of US$6,575/tonne and US$2,338/tonne respectively, the all-in-sustaining margin is expected to be in the order of 44%.

Pitt said that Safika’s nine per cent stake was acquired through it taking a 44,72% stake in BEE Holdco (Prieska), a BEE Entrepreneur owned company which owns 20% of the project. “Safika’s impeccable credentials made it an ideal partner for Orion when it sought to restructure its BEE ownership to comply with the requirements of the 2018 Mining Charter,” Pitt explained.

Pitt added that Safika Resources has considerable mining and exploration rights in the Northern Cape, and the Prieska transaction is part of the company’s expansion strategy in the region.

The Prieska mine will be restarted in what Australia’s Orion calls its “foundation phase”, a period lasting 10 years and delivering zinc and copper in concentrate, generating nearly R33bn of revenue.

Not only does the foundation phase exploit only 20,8Mt of the 30,5Mt of the known reserves and resources, but Orion says there is potential for extensions to the deposit and fresh discoveries around the mine.

The 2.4-million tonnes a year underground and opencast mining operation and processing plant will deliver 189,000 tonnes of copper and 580,000 tonnes of zinc in separate concentrate streams during the first 10 years.

The funding for the project, which peaks at around R3,8Bn (AUD3,78Bn), will be raised in part equity from its primary listing in Sydney and its secondary listing in Johannesburg, along with debt. 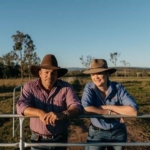 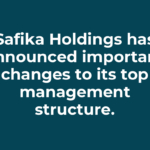