Safika chief executive Moss Ngoasheng has been appointed as the independent non-executive board chair of the Investec Property Fund with effect from September 6, 2021.

Investec Property Fund Limited is a South African Real Estate Investment Trust that listed on the Johannesburg Stock Exchange (JSE) in 2011. The fund pursues a bi-regional investment strategy, focused on building scale and relevance in its core geographies of South Africa and Western Europe.

Moss has been on the board since 2011 and was lead independent non-executive director since 2016.

In a statement, Investec said Moss is highly qualified to lead the fund forward in an increasingly complex environment.

Moss will continue in his existing roles as chief executive and deputy chairman of Safika Holdings. 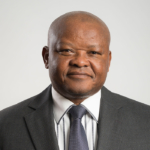