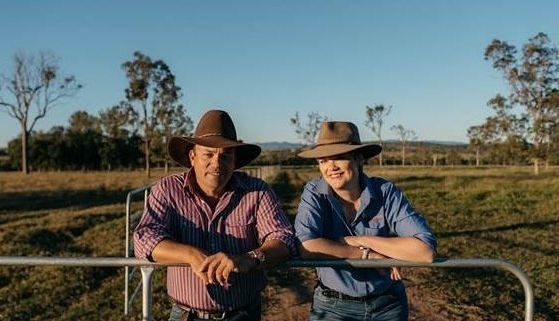 The cooked chook might be a staple in the Australian diet, but Brisbane Valley poultry farmer Duncan Brown is looking to the more exotic quail to tempt consumers’ tastebuds and overseas markets.

When Mr Brown sat down to a quail dish a couple of years ago, he was taken aback by the size of the bird.

“I’ve always liked quail, but always found it a bit fiddly and difficult to eat,” he said.

“I had a memorable meal at a Sydney restaurant and the quail was twice as big as what I was accustomed to, served as a main meal, and I traced that back to a farmer in the Hunter Valley.

“After two years’ discussion we agreed to be in partnership, so growing these quail that are, instead of your typical 180 to 200 grams, they’re 300 to 450 grams and that’s purely because over many years this farmer has been selecting bigger birds.

“So I guess in a sense it’s a unique breed of quail that chefs like in Asia and here because they can put it on the menu as a main meal instead of an entree.”

As a result, Mr Brown and his sister, Selena Gomersell, have built a $2 million quail processing plant at Coominya in south-east Queensland.

The plant has been Safe Food accredited and they have now applied for export certification to Singapore and Hong Kong. The quail processing plant employs an additional 10 people with hopes that 20 to 30 people would eventually be employed.

But Mr Brown estimated that number could grow to 200 jobs if the protein precinct was approved.

Full production will start in early August but it is the tip of the iceberg for the siblings.

The grand plan is to build a dedicated ‘protein precinct’ on their land, which would incorporate other meat processing and food tourism.

Mr Brown said he hoped the precinct would put the region on the world’s gourmet food map and the quail processing was just the beginning.

“We have a Section 242 application before the State and the local Somerset Council to have a masterplan for our 1,011 hectares to effectively turn it into a protein precinct that will cater for future development in terms of training around food, meat processing, and food-based tourism,” he said.

“Our vision is to turn that parcel of land into a hub that produces protein for the global market, particularly Asia.

“Not just employment. We’ve had some great conversations with the local high schools, there’s a big emphasis on work-based training, and we really want to tap into that and help young people in the area see there’s a good future in food.” SAFIKA RESOURCES DIVERSIFIES INTO ZINC AND COPPER
Scroll to top