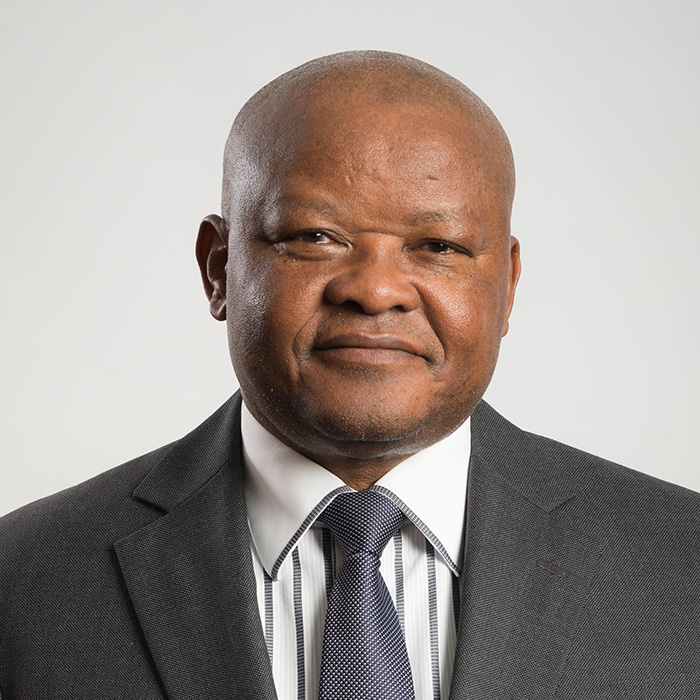 Saki Macozoma is one of the most prominent business figures in South Africa. He is executive chairman of Safika Holdings, Tshipi é Ntle and Ntsimbintle Mining, and a director of Volkswagen South Africa and is deputy chairman of Vodacom Group Limited.

In addition to his business interests, Saki makes a substantial contribution to civil society. He has served as chairman of the University Council of the University of the Witwatersrand and the Council for Higher Education and is currently a member of the Board of Governors of Rhodes University. He is the chairman of the Kwazulu–Natal Philharmonic Orchestra and has served as president of Business Leadership South Africa and as a member of the G20 Business Council.

In 2012, for his fight against State oppression during the apartheid era, the University of South African (UNISA), presented Saki with a Calabash award, the university’s highest honour. Saki’s fight against apartheid began in the mid-1990s when he worked as an organiser for the South African Students Movement. When he was 19, he was arrested for leading a student protest and sentenced to five years’ imprisonment as a political prisoner on Robben Island. It was here that he met South Africa’s future president, Nelson Mandela, who mentored him.

Following his release from prison in 1982, Saki played a prominent role in the formation of a number of anti-apartheid organisations, including the United Democratic Front and the Mass Democratic Movement. In 1994 Saki became an African National Congress (ANC) member of Parliament and was elected chairperson of the Parliamentary Portfolio Committee on Communications. In 1995, he was elected to the National Working Committee of the African National Congress.

In April 1996, Saki resigned from parliament to become the first black managing director of Transnet, the state-owned company that runs South Africa’s ports, railways and South African Airways. In 1998, he was appointed to the board of Standard Bank and later became its deputy chairman. He has also served as chairman of the prominent South African financial institutions STANLIB and Liberty Holdings. He is currently deputy chairman of Vodacom.

Saki studied political science, economics and journalism at UNISA and the University of Boston.